Miguel Indurain inducted into the Giro d’Italia Hall of Fame

The Spaniard who won the Corsa Rosa in 1992 and 1993 after epic challenges joins the roll of honor alongside Merckx, Gimondi, Roche, Moser, Baldini and Hinault. 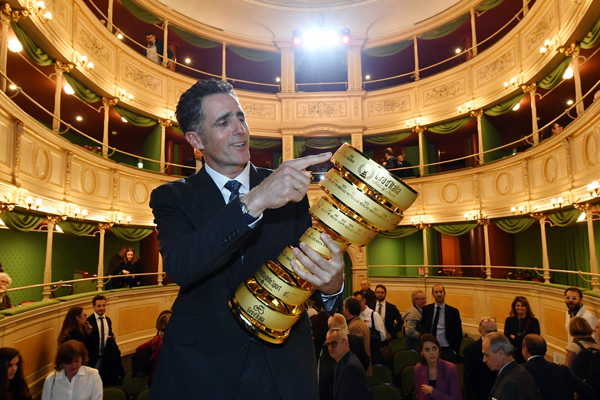 Miguel Indurain, known to so
many cycling fans as “Miguelon” or ”The Navarro”, is a giant in the
history of cycling. A supremely strong time trialist who built his most
famous victories in stages against the clock, Indurain also knew how to
defend himself in the mountains, winning the Giro d’Italia in 1992 and
1993 and five consecutive Tours de France. His Palmares also boasts an
Individual Time Trial World Championship in 1995, the Individual Time
Trial Olympic Gold Medal in Atlanta, 1996, and the Hour Record set in
1994.
The Corsa Rosa celebrates him
today with his induction into the Giro d’Italia Hall of Fame – in the
stunning scenery of the Teatro Gerolamo (Gerolamo Theater) in Milan,
just a stone’s throw from the Duomo of Milan. 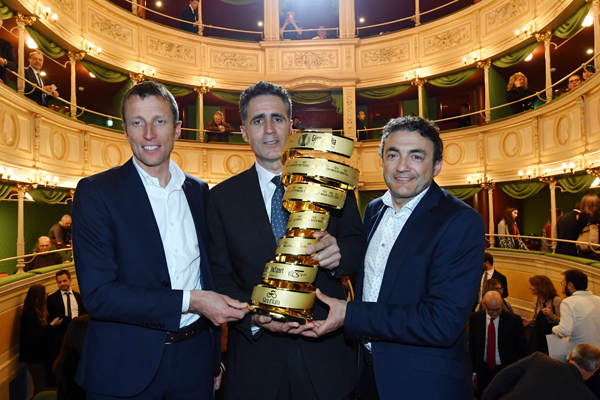 Miguel Indurain made his debut in the Giro d’Italia with victory in 1992 and he repeated the success in 1993. In his third Giro (1994) he finished third behind Evgeni Berzin and Marco Pantani.

Indurain was the first Spanish rider to win the Giro d’Italia. After him, only one other Spaniard has won the Corsa Rosa: Alberto Contador (2008, 2015).
With four time trial victories at the Giro d’Italia, Indurain is sixth in the all-time ranking for this special classification, after Francesco Moser (12), Eddy Merckx (7), Jacques Anquetil (6), Serhiy Honchar (5) and Knut Knudsen (5). 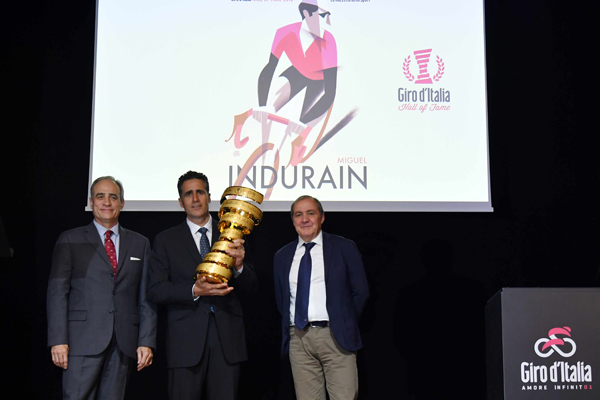 “I am highly honored to be part of
this exclusive Giro d’Italia family. 25 years after my last victory in
1993, I am very pleased that the organizers have thought about me. I
have always had a truly special relationship with Italy: the fans have
always supported me and my sponsors during those years, apart from
Banesto, were almost all Italian, such as Pinarello and Sidi.

“The stage of which I have the
best memory is from the 1994 edition, Merano to Aprica, where I went in
the breakaway with Pantani. After climbing Stelvio and Mortirolo I
reached Marco on the first climb of the Aprica but I had a crisis on the
Santa Cristina. I tried to claim the Maglia Rosa which was being worn
by Berzin (who eventually won the Giro), I gave everything as I was
trying to win the Giro. It was an intense stage, and a succession of
unique emotions, even if I didn’t manage to conquer that edition of the
Giro. This race thrives on passion every day, on every road. It’s a
great cycling party.”

(229)
29,90 € (a partire da 19 Ottobre 2021 19:53 GMT +02:00 - Altre informazioniProduct prices and availability are accurate as of the date/time indicated and are subject to change. Any price and availability information displayed on [relevant Amazon Site(s), as applicable] at the time of purchase will apply to the purchase of this product.)