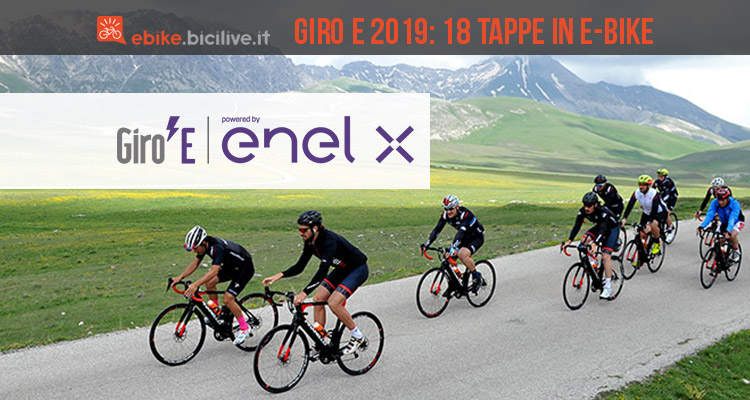 GIRO E ANNOUNCED IN ROME: THE GIRO D’ITALIA ON E-BIKES 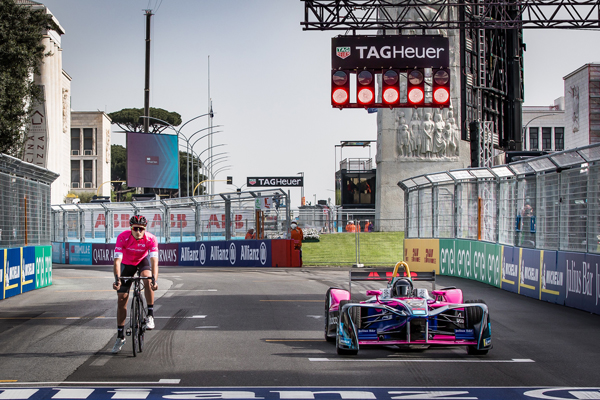 Rome, where the winner
of the 2018 Giro d’Italia will be crowned on the Imperial Forums in
front of the Colosseum on Sunday 27 May, a new Giro has been born: the
Giro E.

The new challenge was announced to the world with the presence of Team
Sky’s Gianni Moscon, and former Formula 1 driver, Giancarlo Fisichella.
Giro E will use the first ever e-bikes designed by Pinarello and will
start on the first Italian Stage of this year’s Giro d’Italia on May 8
in Catania.

As part of the launch, Moscon and Fisichella raced around the
city’s Formula E circuit: the first on Pinarello’s new e-road bike, the
Nytro, then second in an electric racing car.

Giro E will follow the same calendar of the Giro d’Italia’s 18 Italian
stages. Each day, it will see five teams – made of two riders each
– ride on the very same roads upon which the WorldTour riders will race
just a few hours later.

Enel, Pinarello and TAG Heuer are the official partners of the initiative.